It is with great pleasure that I am lending Divine’s bright orange ‘Octopus’ disco dress to Queer Britain, the UK’s first national LGBTQ+ museum which is housed in Granary Square, King’s Cross, London, occupying part of a beautiful historic building owned by the charity, Art Fund.

Queer Britain celebrates people who have impacted every part of British culture, ensuring valuable stories and artefacts are not lost but are preserved, explored and celebrated. And hence this dress:

In the mid 1980s, when Divine found himself soaring up the UK charts with his unique dance floor hits, he would always stay in the house of Dame Zandra Rhodes in Bayswater, London –  where I was lucky enough to also live. We travelled the country in whatever vehicle was available for him to appear in clubs all over the land.

London offered many savoury temptations – none more so than Harrods Food Hall or a long tea at Fortnum and Mason in Piccadilly. When his friends banned him from cream teas, he dropped a few stone in a month.

This dress was commissioned but delayed in delivery. Sadly by that time (and the amount of tea cakes) meant that the disco star could hardly fit his near 26 stone frame into it for long. He pushed it into my arms saying, “You go out, Honey”. It has been with me for the following 40 years.

Sending congratulations and wishing luck to Joseph Galliano and the team at Queer Britain.

Further details can be found on the Guardian website 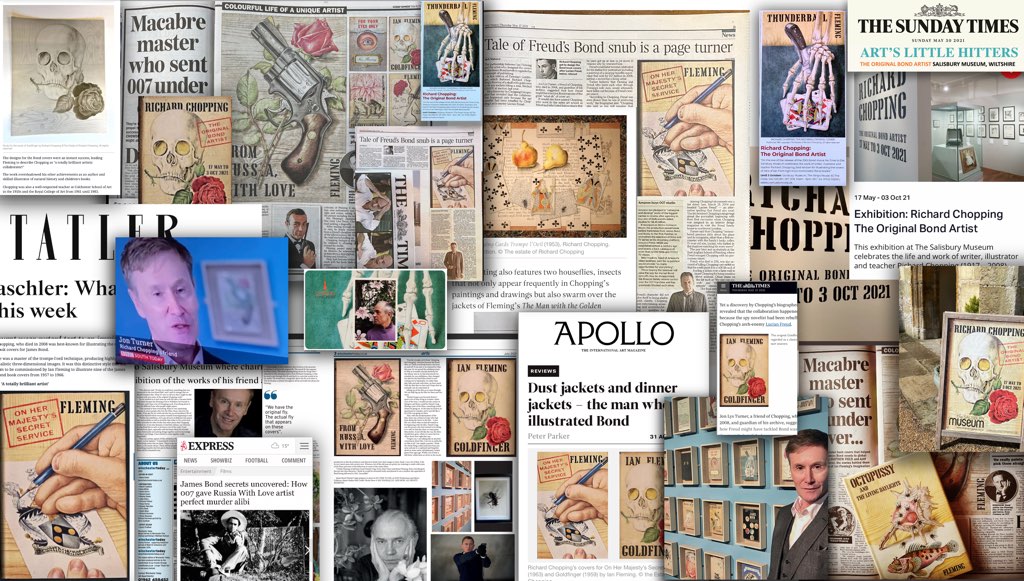 On the eve of the release of the 25th Bond movie No Time to Die, The Salisbury Museum celebrated the life and work of writer, illustrator and teacher Richard Chopping (1917 – 2008), best-known for illustrating the original book covers for James Bond.

Richard Chopping was a master of the trompe-l’œil technique, producing highly realistic three-dimensional images, and it was this distinctive style that led him to be commissioned by Ian Fleming to illustrate nine of the James Bond book covers from 1957 to 1966.

The exhibition featured some of the original working drawings for the books, including the striking skull design for Goldfinger– one of Chopping’s personal favourites, and a commission that had been declined by his former friend and subsequent arch-rival, Lucian Freud.

The exhibition looked at Chopping’s entire output, positioning his work for Fleming firmly within the context of his 40-year career. Highlights from his early years included his illustrations for Butterflies in Britain (1943) and the collection of children’s short stories Mr Postlethwaite’s Reindeer (1945). There were also delicate wild flower drawings, prepared for an ambitious 22 volume series on British wild flowers by Penguin, which was abandoned due to spiralling costs, and Chopping’s original design and preparatory studies for the book cover of his first novel The Fly (1965) which was a success despite being described by one reviewer as a ‘just about the most unpleasant book of the year’.

With many works which have never previously been displayed, the exhibition proved to be a highly-popular genuine treasure-trove for the Chopping cognoscenti and for those who discovered his work for the first time. The show revealed a talented artist whose work should perhaps be as well-known as the fictional spy he helped make famous.

The You Tube Online Talk, “Richard Chopping: The Original Bond Artist” at The Salisbury Museum Summer 2021 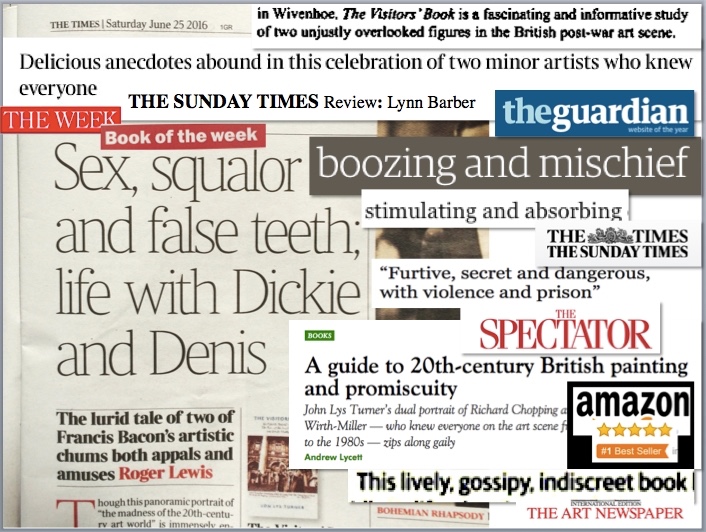 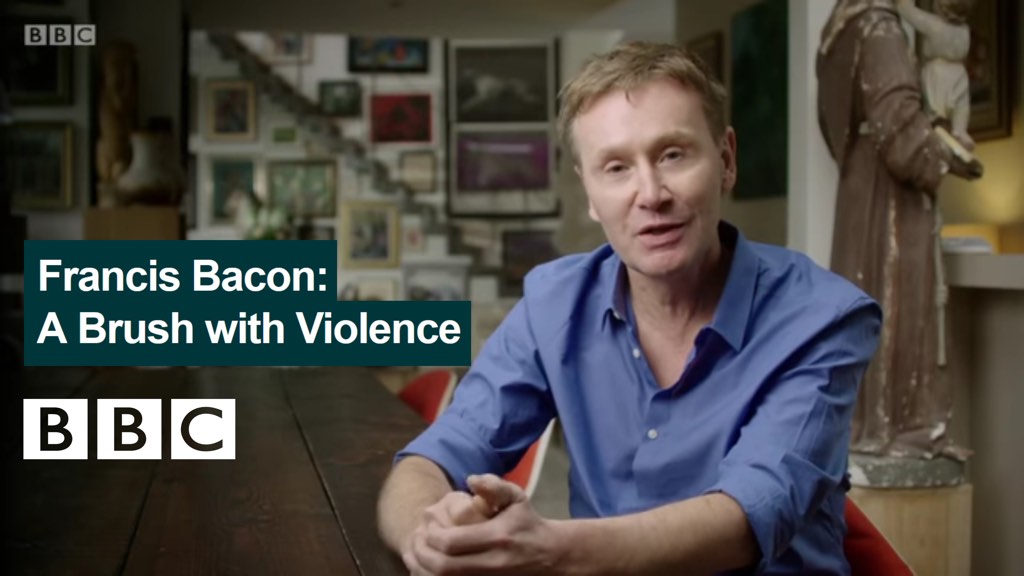 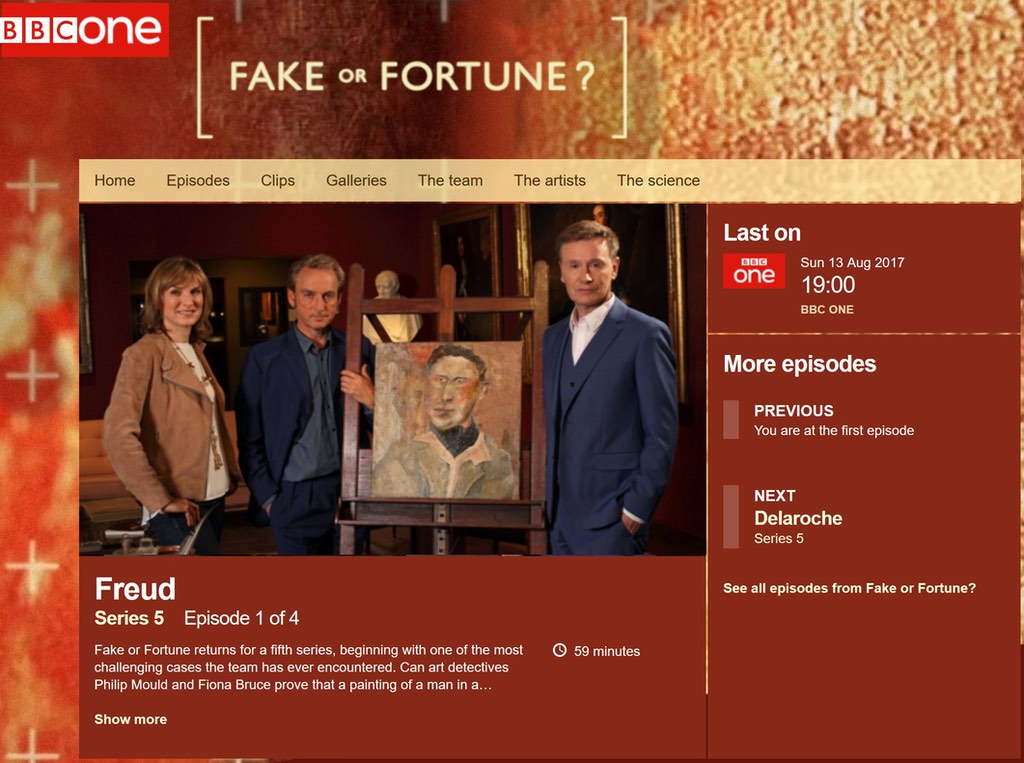 “Delicious anecdotes abound in this highly entertaining celebration of two minor artists who knew everyone. An absolute goldmine for Bacon biographers … it is full of memorable vignettes and many moving letters from Chopping to Wirth-Miller and vice versa … haunting biography.” Lynn Barber, Sunday Times

“A guide to 20th century British painting and promiscuity….. Perceptive … an excellent social history of gay life in the 20th century … a lively commentary on modern British art and culture …. Entertaining yarns” Andrew Lycett, The Spectator

“This lively, gossipy, indiscreet book brings the couple vividly to life, showing us their loving and destructive relationship in all its complexity. It sheds light on Bacon’s professional and private life, and is essential reading for Bacon fans and scholars.” Art Newspaper

“This handsome book is a stimulating and absorbing description of intertwined bohemian and artists’ lives but also an important slice of social and cultural history from original sources. It not only describes the ferment of post-war Britain and the collapsing norms of class and convention, but also an example for all of us of a few brave souls doggedly pursuing their artistic vocations and world views against all the odds.” Eamon Delaney, Independent.ie

“A compelling account of Fifties artistic bohemia from the fringes.” Sebastian Shakespeare, Tatler

“Sex, squalor and false teeth: life with Dicky and Denis. This panoramic portrait … is immensely entertaining … the disputed works in the plate section are the best Bacons I have seen.” Roger Lewis, The Times

“Boozing and Mischief … a moving study of hero worship … as entertaining as it is poignant.” Michael Peppiatt, The Guardian

“Jon Lys Turner’s marvellous book …. tells his outrageous tales in a deadpan manner and has a knack for the concise character sketch . . . an alternative cultural history of the British scene.” James Norton, Burlington Magazine

“The Visitors’ Book … provides a fascinating picture of a period in British art, the 1940s and 1950s, that has been neglected in recent years. The bohemian capers and tragedies have sometimes been written about, but too much of the art has been overlooked. It wasn’t all just Bacon and Freud.” Jim Burns: Penniless Press

“The Visitors’ Book is an excellent insight into Bacon’s character and social milieu.” The British Art Journal

“Here is a photograph of artists Denis Wirth-Miller and Richard Chopping … in a biscuit tin is their collection of more than 200 guardsmen’s jacket buttons, each one a souvenir of a sexual liaison with the soldiers stationed near their home. Well I never.” Adrian Searle… Queer British Art, Tate, The Guardian

“A worthy memorial to this troubled pair.” Book of the Week, The Week